It's an awful scene of the duck family crossing the highway.
They closely avoided to be hit by the cars....but their survival life would continue each year.
Dangerous family

A bamboo doctor grows to be a bush doctor?!

From the Enjoy Simple English on Tuesday " Japanese classical comedy.
It's a funny Japanese Classical comedy "A Yabu isha". Yabu isha means a bad doctor in Japanese. Yabu is translated into "bushes" after the bamboos grow in Japanese.
The story is a bad doctor wants patients because he has no money to buy food. He asked Gen, who is a rice merchant, to help to let people come to see the doctor but actually Gen needed the doctor to pay money for the rice.
Gen tried to tell people to come to see the doctor on the street but the bad reputation of his is already known to people. Finally the doctor was announced that Gen needed money for the rice instead of the doctor needed people to come to see him.
The point is the poor doctor was said a "bad doctor", it's said a "bamboo" doctor before the "bush" because a takenoko doesn't make yabu yet.
Does it make you fun?

My summer holiday has a lot of problems.
First I had allergy with my skin by the sunlight.
The second a part of the floor woods were rotten though it had been renovated only two years ago. So I asked the company which had done it. It started from the middle of this month and scheduled to finish for a week. But it couldn't finish because the problem was not its fault but the other problem of the apartment structure. So I need to face with the management of the society by the residents. The problem is now under the consideration and I'm living in under construction.
The third one is mites bit me...maybe. I had some small dots in my arms and itchy. So I made my room smoke with varsan and clean and bathing the sun with lots of things.
But I'm not easy until problems are solved and my room being fixed.
I hope it won't be long!

In summer skin is damaged by strong UV and problems are easy to cause in our life.
I had a problem with my skin by the sunlight allergy recently but never had before. My arms was red and swollen by the inflammation.
I went to see a doctor and got a bill and cream to control the allergy.
Thanks to the medicine I'm getting better.
All I need now is to protect myself from the sunlight wearing cover on my body even it's deadly hot.
It's a good indication by a doctor to keep balance in summer.
A doctor's advice
Zn food

It's very shocking reports. Though you believe or not, it seems doubtful or exaggerating I'm not feeling easy.
There are many different prices between domestic and overseas products, especially eels these high season. Domestic eels are sold twice as much as Chinese one. We're very cautious about how safely they produced and processed to our meals.
I hope those articles are not common but happened like crimes never would be.....but I don't want to buy anything which no face with the producers such as processed food.
Kyonshy meat
Zombie meat

4. Let's think ( outside ) the box.
固定概念をはずして考えよう。

This is the viewer show which 42 people look like someone others.
I only know a few of the people but I can notice some of them.
Itoh Ayumu and Kimura Fumino, Hasebe Makoto and Watabe Akito and Nikaido Fumi and Miyazaki Aoi. They are very familiar to me.
How do you think?
Looking like ?

It's often said that Japanese English doesn't make sense to native. Our useful Katakana is not always work well, especially for English.
For example, "mansion" in Japanese English is wrong but for the apartment house originally in English. "boyfriend" or "girlfriend" are not used for friends but a special one. So you'd better use for "friends" or "male friend" and "female friends".
Japanese English problems

Young population map in the future

It's announced in 2040 there will be decrease in the population map in Japan.
The low of the birth rate while the high longevity of life, there will be fewer young population in every area in Japan, especially in the local village in the mountains.
We can't avoid to see it and we should make effort something for the future.
Population in the future

When I started to walk in the early morning yesterday, found a snail walking passing at the entrance pavement. I talked to it to be careful not to be crushed by the footsteps on passing across the way. But it seemed too slow to cross in a while, i couldn't help it but left soon.
About half an hour later when I came back I could find nothing at all. I believe the snail could go back home safely. 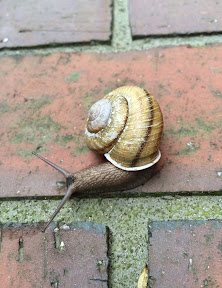 2. It might be better ( if ) we gave it more time.
もうちょっと時間をおいたほうがよいかもしれません。

4. Think ( twice ) before you quit.
辞める前によく考えるべきです。

"Depression is a kind of cold of mental disorder " is very easy description for those who get in sick these days. But it's not effective to take medicines.
A doctor says that it's not perfect to cure mental depression by the medicine. You need to know for the first to find the problem and remove the burden in the mind.
Medicine is not always helpful in your life.
Helpless medicine

Typhoon 11 is now hitting the west of Japan from Shikoku to Chugoku area.
I'm sorry for the people who have to take refuge or getting damages.

This is an interesting result of the research which prefecture is high savings. Of course Tokyo is the top savings in Japan and the second, the third are both in Shikoku area. And the more the fourth top is Toyama prefecture!
I have no idea for the result ....because I have not so much savings at all!
Top savings

It's just calm before the storm today though a little rain is falling.
I'm not feeling easy with such stormy weather.
I'd like to work easily and lightly inside. So I also cook simply with quick and healthy.
It's introduced with some vegetables and seasonings.
Quick and healthy cook

Here comes Apple music online tunes on iOS devices.
It's a campaign for three months free trial. I was considering to try it but finally I got it for now.
I'm enjoying to make my favorite albums with cool music and artists' work.
I'm not sure I will keep subscribe it or not by ¥980 a month....may be it will be clear for a month.
I might buy it instead of Hulu.
I'd better love to listen to music than watching video. 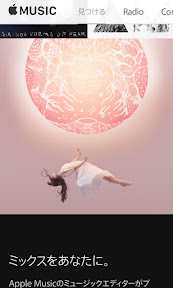 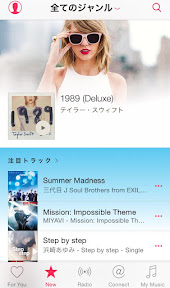 How often do you use a microwave and how do you use it?
When you prepare to cook microwaves are inevitable to defrost food and to warm the leftovers in the fridge.
But the specialist alarms that you're using microwaves wrongly.
You need to learn how to cook and eat food right way.
Eating the food right way

Guess what they are in the blanks.

I read a book
"For the happy ending what I need to talk to you immediately" by a 34-year-old young surgeon Yujiro Nakayama, who dared to confess his philosophy of his own as a doctor and now really wants to his patients happy ending if they were limited life.
He tells that doctors are helpless to the incurable diseases but can support their life fulfilled without pain if they were suffering.
It's said happy ending is leaded by the happy living and enjoying life.
That's why he can't stop telling sudden death would happen to every one so you should face to yourself dying at last. Then you should end happily for someone you love.
After reading I really adore his sincere and honest mind. I think his truth will make encourage not only his patients but also people who can't get his surgery.
I also become a fan of his theory and live my life honestly. 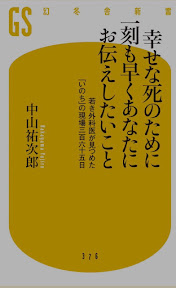 I've worked regularly for putting away garbage, cleaning and laundry etc....got sweat a lot.
And the more humid weather makes me dull.
So tired from morning at all. I'd better stay calm reading books and charge energy.
It's said triple typhoon attack causes temperature raise today.
Don't get sick because of the changing temperature.
Tenki

I've ever written about dangerous food before.
This report says new ones which updates recently.
I wonder not only can of tomatoes but also other can of food are contained of BPA.....I'm worried about canned food, for example, can of tuna, can of beer, can of fruits or any other stuffs of can.
What do you think?
Dangerous food 1
Dangerous food 2

I noticed the first cicada singing yesterday.
I remember that ...when I was weeding in the garden I found a few cicadas' shells under the tree about several days ago.
Oh....the season has come when the cicadas' songs can be heard.
Though I feel a little cool this summer they come back and enjoy their short summer. 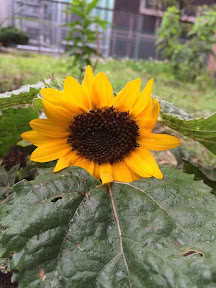 I've got a rare vegetable called
"Habock", a kind of pumpkins which was raised in the kitchen garden.
It's original in Korea and it tastes like zucchini.
I cooked it fried with olive oil and basil sauce topping with leaves and tomatoes.
It's a good season dish at last.
Thank you Margaret for your home made product. 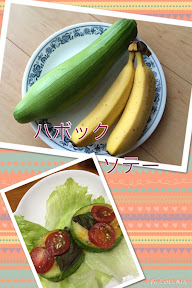 Today is the final match, Nadeshiko Japan vs USA.
I can't take my eyes off on the game. It will start soon! 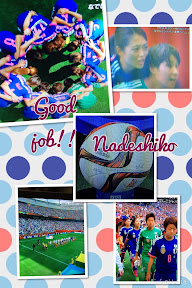 Though they lost at the final match their spirits never die!
I really respect Nadeshiko Japan!
(9:55)

What do you imagine from the pronunciation of those below?

The answer is "Name for babies"

1 and 2 are I found in the newspaper and 2 and 3 are best 10 names 2015.
The best name is reported
Kokoro for 心桜.
I'm very surprised at the recent fashionable names!

Life is too short

Potatoes and onions are always stored in the house because they are cooked widely and used into many recipes.
This is a very good knowledge to keep them longer and fresh.
Have you known it?
How to keep potatoes

It's a great victory of Nadeshiko Japan!
We really cheered so much!
The Nadeshiko finally go to the final match next Monday morning!
Lucky comes on Nadeshiko because of their persistent fair play and guts! 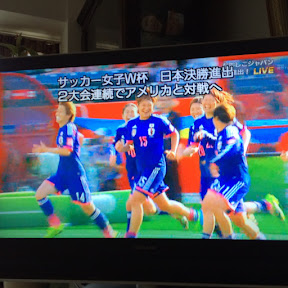 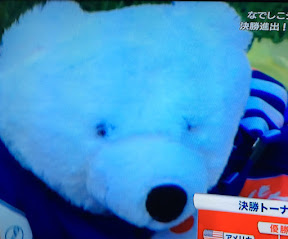 It's been raining and will be expected to rain for a while now on.
It's rainy season, of course it's needed for us and every living things.
But such low temperature, dark sky and humidity are uncomfortable.
In such a condition, it's very useful to turn on the "nanocare" which my daughter sent me as a birthday gift. It emits micro mist called "manoe", which effects to refresh the air.
It can also has steam and aroma mist but I don't use it during rainy season.
If I had a bad allergic condition it would help me a lot early in spring. 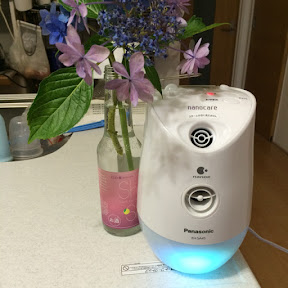 jen
I like simple and humble life. It's more important for me fortune in my heart than gold or diamond.